info@leanhorses.org
Rescue Me
Why would anyone want a “rescue horse”?  With so many other horses being offered up for sale at low prices with guarantees of performance, health, and reliability….why would somebody take a chance on what someone else threw away?  It can only be explained by those who have experienced the magic of taking a forsaken life and turning it around, then looking at their own reflection in the grateful eyes of that animal.  Our hearts hear the words that our ears cannot…. thank you for believing in me. 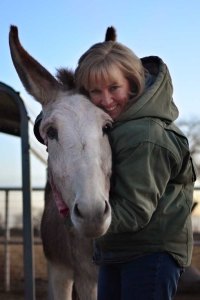 A mere 30 months ago, there were over forty horses destined to end up in a situation which none deserved….abandoned, abused, or just unwanted.  From whatever past they had come, they arrived to the Animal Control pens or the equine clinic over the next two years …. some only barely better off than those who ship abroad daily on the slaughter trucks.  In something akin to human homelessness, they had lost their lives and the future was bleak and uncertain.  Whether from a luxurious or just an ordinary past, they now shared one fate:  being Unwanted.

Each case which comes to L.E.A.N. is unique, and the community now knows how we roll…..together.  Through unfailing love, hard work, donations of time or money, every horse is given at least safety….and eventually, hope.  Some pass on having arrived too late to be saved, but knowing at the last the comfort of a soft voice and soothing stroke.  Some linger months or years in the program, waiting for the right person to find them and bring them home.  Many are fortunate enough to have left all remembrance of uncertainty behind, and have moved into the hearts and arms of a new family. 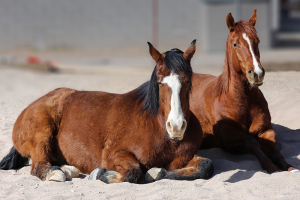 There are always more, always too many, needing nothing more than time and space to find their second chance…but sadly, there is never enough room for all.  In the daily press to keep fosters supplied, adopters intrigued, and supporters interested, there is seldom time for reflection.  But periodically, a photo or phone call brings an update from a past adoption… sometimes happy, sometimes sad.  Our dear donkey Harriett, one of the most severe hoof neglect cases we’ve seen, passed on to golden pastures last month after two years with the Sutphin’s, the most loving, perfect donkey home she could have ever wanted.  A piece of our hearts goes with her, and we will miss her family’s photos and updates. 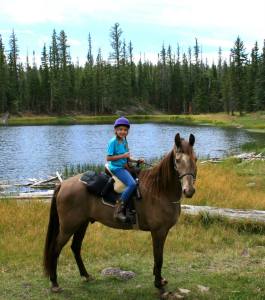 Our big beautiful draft cross, Fortunato, struggled over the summer with a neuromuscular disorder suspected as a common draft breed illness known as “shivers”.   He was down too often and the worst was feared, but owner Sean McCarthy never gave up and worked diligently with Desert Pines’ doctors.  Slowly through diet, treatments, and acupuncture, Fortunato has made a 90% recovery and he is blissful once again with beautiful barnmate, Sedona.  Another update was received from one of LEAN’s earliest placements, the Maurer family who adopted “Charlie” (now “Jake Suede”) in the Fall of 2012.  Shown enjoying the trails at Duck Creek with ten-year old Tessa aboard, this Tennessee Walker is both solid and stunning.

No rescue recap at LEAN is complete without mention of our most famous recovery, thoroughbred Captain Jack Sparrow.  Dozens of hands and hearts helped to carry this horse, who was mere hours from euthanasia with a career-ending hoof puncture coupled with malnutrition from abandonment.  Defying all odds of returning to a normal life, this ex-racehorse is back in the winner’s circle.  In September, owner Sarah Layton took Captain Jack to the NSHA All Breed Horse Show at Horseman’s Park and came home with two first place ribbons, a second and a third.   Every person who has followed Jack’s story over the years no doubt felt a little leap in their heart when they saw Jack’s happy face adorned with ribbons. 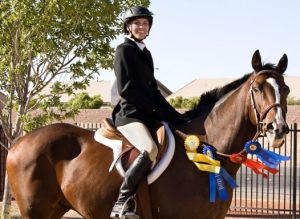 So why a rescue horse?  Perhaps the question is better asked….Why not?  There are great horses and donkeys everywhere; our world is blessedly abundant with wonderful animals without whom I could not imagine life.  It is not that any particular one is worth more than another when it comes to feeling their love.  But there is something about a rescue animal, an X-factor that is truly palpable, when this life which all others had given up on gazes deep into your eyes and suddenly you realize…it is you who have been saved.